London Meetup in front of BBC house on July 31.

New York locations:-- Meet at Columbus Circle at 3:00 PM then to various locations--

Southern California - Jack Christiana is organizing a meetup for the San Bernardino area to place flyers on cars.  Those that would like to join him may reach him at:  714-585-6661

Portland, Oregon - Any is planning to do some leafletting with her group up there.  For time and locations, please call her at:  971-207-3401

It is a coalition of international TI groups who have come together to address the issues of the TI community by joining the United Nations as a non-governmental organization.

We hope to also assist Magnus Olsson in his capacity as a liaison with the United Nations Rapporteur on Torture as well as work with the European Parliament to pass legislation that would help the TI community in Europe.  Organizing a class-action lawsuit is also a goal.

Melanie Vritschan is the President and I serve as Vice-President.  Melanie's invitation letter to the world community of TI's to join as members of ICATOR is below.

July 31st is World Day Against Electronic Torture and the thought is we can all do a little something, rather than all of us doing a whole lot of nothing.
Me and a TLC volunteer made a flyer featuring Bald Eagles and showing people in the United States one reason why it happens: 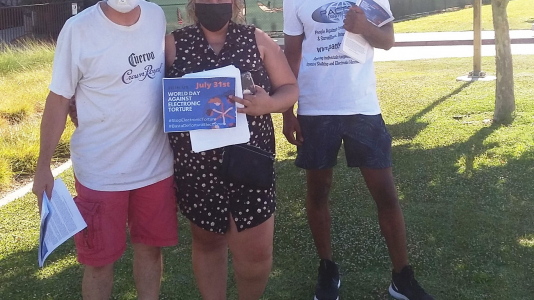 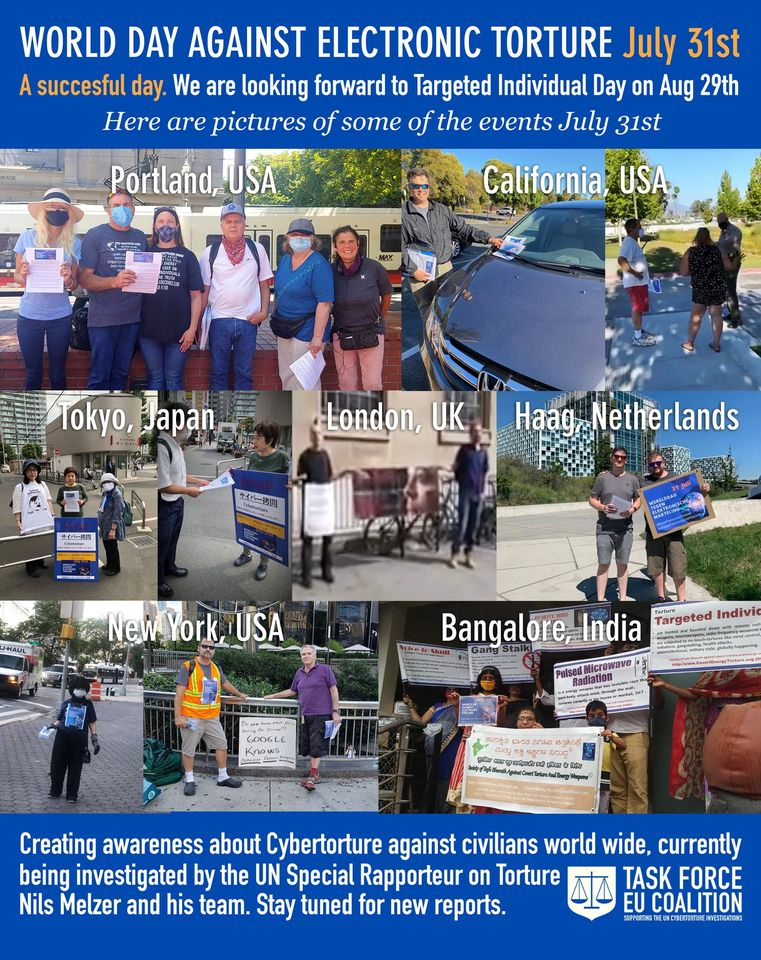 The UN Rapporteur on Torture refers to this as "on demand" TV for "voyeuristic clients"and I have linked that section of this report here: https://thelegalcoop.wordpress.com/2020/07/29/action-support-people...

The flyer has QR codes linking to a news story on the Guardian, the UN Rapporteur's report on my site, and the Cyber-Torture.com website.

Other flyers from the organizers of the event are on the blog post, along with the specific citation to the UN Report on Torture confirming these tortures exist, are followed by intimidation and harassment, and are insidious.

We appreciate your reading through this work, which is done on a shoestring budget.

We are working to expose perpetrators who get caught, and to help restore people affected by these abuses.  If you would like this work to continue, please encourage us with any sized donation at gofundme.com/thelegalcoop

We need to compose a form letter to send to all of our congressmen and senators, so members can download and print or forward to them maybe that will help.

I cannot attend. I like these organized activities against electronic torture. I am a victim of 24/7 torture by thought. Thanks for all you do! Love, John