has anyone been fooled by the perps blame game?

I remember listening to something on talkshoe regarding our situation called "the program" explaining in detail the steps the perps take TIs through in their program on us. One of the early steps was to make the TI believe they had wronged someone or done something to bring on their targeting. They want to make you believe you are responsible so they coincide the beginning of their program with an event that has taken place in your life or an action you have taken when in actual fact they had their eye on you way before that.

For me this all coincided with a break up with my boyfriend. At that time I happened to make friends with some new people (not sure if they were introduced. I think it happened naturally) Then when I was hit by the targeting bombshell the perps tried to make me believe my boyfriend and these people were all really friends and had ganged up to target me. With the introduction of mind controlling these people to display odd behaviours, I was led to believe the entire plot. I was extremely vulnerable at the time (you know how it is when it starts) and I believed everything. I thought all these people who were my friends were evil creeps.

ln time I came to realise it was all a charade masterminded by the true evil....the perps running this show. It took a while but I was able to put the pieces together and realise the perps had taken the opportunity of the break up and these new people to make me feel like this was all my fault and my friends were really my enemies....all BS.

They still try to insist that my ex is responsible which I laugh at. He wouldnt hurt a fly let alone torture me. But part of their success in the art of deceit is to continue to insist something is true even when you KNOW its a lie, they will continue persisting. Its supposed to have the effect of...."well since they keep persisting in saying this it must be true". They try to break down your true beliefs with their bogus lies. They belong to the father of lies. Most of their success is built by their capacity to lie.

Of course I know there are cases when TIs are targeted for revenge etc but I was wondering if others have experienced the blame game the perps play.

This all sounds terribly familiar. And combined with chronic sleep deprivation torture, the power of subtle suggestion is difficult to see past. In fact, one has no hope at all until one realises exactly what is going on. Looking back, there are only a few nameable people who I would say are definitely guilty in my story, and even they may well be trafficked slaves or mind controlled or something. The real problem is that 'friends' won't believe this is really happening (at least when you are as isolated as I am).

Hi Marni, yes the sleep deprivation makes you more susceptible to all attack and you're right in saying the subliminal attacks are difficult, they are sometimes the most dangerous because you cant distinguish your own thoughts and feelings from what they are programing you with. Im in the same boat, my family/friends havnt believed me. This is particularly frustrating and the reason why this is the "perfect" crime. All our symptoms resemble the well known symptoms of schizophrenia and the second you talk about it thats what people think of.....arrrrggghhhh. I can also relate to the isolation. It is such a common experience for TIs.....sad how they snatch your life away. Who do they think they are? Actually I can answer that, mine tell me they are God....lol

Another method of the blame-game which I find quite ammusing is they like to criticise what you see, think, feel as though they are somehow superb. They act like they're qualified to be my life coach. What the??? They aren't even normal let alone qualified to teach me anything of value.

I have fallen for  the perps illusions more than once. There were actual people involved in my case for a while at least. I signed a contract with the mob, and for a while bosses would just show up and tell me I 'owed them' so they were continuing the 'games'. In the years after the mob, the operators used v2k disguised as others voices, including the voices of celebrities to get me to believe that these ultra rich were the ones involved with my situation. It took years for me to shed all the lies that developed over time.

It is now painful to see others who are currently lost in a world of illusions. They fall for the mind tricks that the perps use. It certainly shows that most TIs are not inherently violent when most TIs believe that they personally know who they perps are, yet they pursue legal ethical means to fight. I do say though, that I wish more TIs could see through their tricks. It would give us as a group so much more power over our situation. Knowledge is power, and those who fall for the Perps tricks are believing false knowledge, thus their power is ineffectual.

Yes I agree its sad when they trick TIs into believing this is done by people they know. Too easy for them to mimic peoples voices and stage entire shows to make you believe particular people are involved. In the beginning they even tried to make me believe my family was involved and I did. That was particularly hard to deal with. It can take a long time to see through their traps of deception, I think because often they've been casing you for quite a while. In the beginning I nit-picked my entire life to see where I had gone wrong. I figured I must have done something. I literally analysed every flaw and fault in my life. It was only in realising I had never done anything to "deserve" this that I was finally able to see through their tricks and lies. I bet they have fun with TIs who have done something wrong in their past, making them believe this is all their fault.

Nobody deserves to be tortured. Nobody.

Yes, all our symptoms resemble the well known symptoms of schizophrenia. I feel I am fortunate to have experienced mental health problems for a long time ... my theory is that my brain already had some coping mechanisms in place before the serious attacks began. So when psychosis was threatening to take over, I could use its gnostic strength and work my way through it, although that takes enormous courage because it means giving up angels and walking into the devils' territory. But no one can survive this kind of life for long.

(The money attack has (temporarily at least) been corrected, but of course nobody understands how much this messes with me).

Marni what do you mean by using gnostic strength....giving up angels and walking into devils territory?

Pictures can say more than words they say: 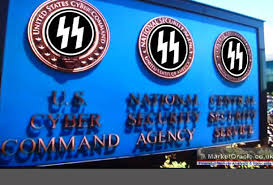 Sue, I do not mean it literally, since I have a firm grasp on 'reality'. And of course, I strongly suspect that 50% of the people are employed by the mental health or other authorities to gather 'evidence' that people should be locked up or murdered. Especially the anonymous ones (no offense intended). But it is very difficult to summarise any deep learning experience for the general reader, and I am hopeless at such things. The word Gnosis refers to the ancient understanding of access to the spiritual through the inner self. In other words, God's authority is within, and cannot be dictated by any religion. The experience of psychosis is very similar, if not identical to, this insight.

So the point is: a decision to abandon the angels within psychosis, when you have nothing else and no hope, is not an easy one. But you have to make it sometimes to stay alive. And most of us don't want to live outside the human world for the rest of our lives.

I think they studied this on me. My own conclusion was that it is harder on the psyche long term to be blamed and made to feel guilty than the usual abuse. You can stand up to the abuse, do the right thing, and your conscience will raise your emotional state.  Constant blaming/guilt was used in my case to try and take that away. Never let them take away what you are fighting for.  Don't forget that they are watching your emotional state for a negative reaction that they can use to control you once they have beaten you down.  If you know that the abuse is far worse than you would ever deserve(it likely is), then just mentally toss out their guilt trip, you can conclude that they are evil, and thus will have no regard for whether you were mind controlled or not. They pumped rage, delusions, and other mind control into me, then tried blaming me. My beliefs were completely inconsistent with reality while the delusion was induced, and yet there was a 'script' to the induced delusion that would obviously require a reasoning intellect to write. Luckily, they didn't use me to commit any serious crimes while in that state, but they still try and blame me for stuff I'm not even responsible for thinking. They'll also focus on stupid stuff you are ashamed of more than serious crimes, the objective is shame and guilt, not punishment. It's an attack on your conscience, and a means of preying upon people with a conscience by abusing your sense of guilt, not something you deserve

Warren, you are right. they do use this ploy. I stood good against things I did not do, but when it came to guilt, it was hard to bear. I thought,'maybe i do deserve some torture." But then I realized, Every deed has a perpetrator, so the people whose deeds of evil have been done to us, will also bear an account. For, they have within their ability to heal us from our erroneous ways but rather than heal, they make any existing wound worse, by the torturous operation. Any growth we show as a result of their torturous process is 100% OUR doing and we get eh credit for being good enough to grow. They, by not changing their violent ways, choose life without growth, and they WILL pay the price for their error.

@Warren, very well said Warren. The perps need to make a TI feel guilt and shame is an A-typical mode of attack.

UN UN Human Rights UN Human Rights Council International Bar Association International Criminal Court Canadian GovernmentThey at once shut down my internet when I suddenly type " remotely control...".If they don't commit psychological  torture, why do they at once shut down my internet? ; why do they hack everything?…See More
1 hour ago
0 Comments 0 Likes

Zaza Green replied to Misato Katsuragi's discussion Health and vape
"Hello! I also have trouble sleeping and often have insomnia. This is terrible, it happens that I do not sleep for several days and it depresses me. Recently my wife found cbd oils uk and I tried to take the oils daily, after a week I began to sleep…"
4 hours ago

M is now a member of Peacepink
6 hours ago
Welcome Them!