Perhaps, the trick was discovered invisibility 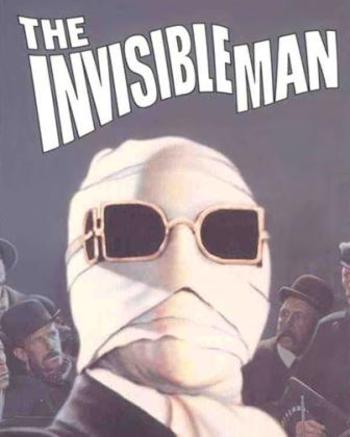 The word E.B.E. means extraterrestrial biological entity.
If there is the word biological = organic means they are more or less like us humans. They are beings of light. They are able to become invisible and intangible assets with technology. They are no different from white settlers|colonies, who have destroyed the Maya, the Aztecs, THE NATIVE AMERICANS.

An angel joins sex with a human being. They are not angels. Only the astronauts, who have found wealth on Earth.

Exobiology, studying the possibility of microorganisms in the body of the aliens. Evidently, they also have viruses and bacteria. They are no different from humans and are not light. They are not in the image and likeness of a god or an angel.
A human being. They are like beasts (666). Arthropods and invertebrates. Insects, reptiloids, grays = ants. No penis, no vagina.Cloning, hybridization, etc. thanks to technology. I'm sorry, but unfortunately I've really been dealing with them.
They are bas**rds. manipulators of the brain.They are less than a human being.
They are stronger than us humans, only thanks to technology.
If we do not steal all their technology, the grays become our slaves.
I do not like being kidnapped and then the slave.
I hate them as the Texax AMY, and DR Donna Higbee, they are deflected and dangerous. I hope that Zeta Reticuli and ORION, will be destroyed by a rain of metore large as Jupiter. basta*ds greys !!! dwarfs cursed, without ears and eyes of an insect. Of a fly. I have to be subjected to a fly with legs? For a mantis with legs? A mantis with a lot of technology? No no no, I'll hate forever beings.

I HAVE X-RAYS. I dont' want also microchip because it's no good for healtl. My blood and sperm for idridazion? Bas***ds Greys I hope ORIONE and ZETA RETICULI DESTROYED with a RAIN METEORE. I don't like slayer and controll 24/24 with microchips !!!

Dear Soleilmavis, I remind you of yours words: “Please keep faith and keep working! Together, we will make a difference!”As for your letter to the President of the United States I must say that it is also my idea. If we write to certain people, famous people, the excuse that they were uninformed will no longer exist! I am glad you wrote to President Biden, I am looking forward to the return of democracy in the United States. I hope the hopes will not be betrayed in the future.Continuing your…See More
6 hours ago
0 Comments 0 Likes

Robin Yan replied to Robin Yan's discussion They are so afraid of this. They are now filtering, hacking and hiding it, including all my passwords . So, everything is undoubtedly true. Please forward it to "them" .
"What UN Human Rights Chief said. What they are doing. Please send for me too important. UN ICCPR UN Human Rights UN Human Rights Council Amnesty International International Bar Association International Criminal Court Canadian Government Cc…"
11 hours ago

Modd replied to Xuthal's discussion Covid-19 and activism
"What's up, beautiful people. Did you know that CBD products are pretty good medicine when it comes to dealing with stress? Stress in your organism can cause insomnia, headaches, and migraines. And if you need relief then this remedy would be…"
13 hours ago

The United States got a new president: Joe Biden, but all the victims, who had been working hard to urge the governments to investigate the secret abuse and torture with electromagnetic mind control technologies for the past twenty years, need to continue hard. The following open letter used to write to President Barack Obama and Donald Trump, and it is now to President Joe Biden.President Joe BidenThe White House1600 Pennsylvania Avenue, Washington DC 20500 Dear President Joe Biden,I am…See More
22 hours ago
0 Comments 1 Like

helloworld is now a member of Peacepink
23 hours ago
Welcome Them!