Also a lot of other peoples picture profiles are dissappearing?

It takes bravery for victims to protest for this the uk goverment needs to listen and take serious action on this!

I have posted a photo of the other brother David!

They are dangerious do not be fooled by their charming act of which they project themselfs in front of others! 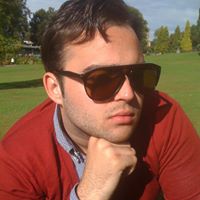 Read more…
I have finally managed to track down one of my abusers the spanish brothers:
https://radaris.com/~David-Mederos/1172839476
Also picture a attached bearing in mind i think this photo
was quite a few years ago.
Please pass this information onto as many
targeted individuals as possible and if anybody is going to the targeted
individual day in london on the 29th august ask them to keep their eyes open for this man if anyone sees him! 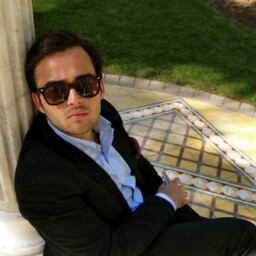 However i believe that this is stephanul and not david of which is his brother!
Read more…

Today i have received a letter from kent police about my abuse case.

This letter is the most upsetting disgraceful letter i have ever received in my entire life!

the two Spanish Brothers attacked me with a microwave weapon in 2019.

I have five support letters from various organizations:

themselves they just side with them to get out of investigating the matter properly!

Please have a look at this jpeg link a letter from the police this letter is utterly disgraceful to an abuse victim  001.jpg

For the uk parliament to reject this petition is disgraceful there should another be  chance for this petition and if created it should be taken seriously!

Today too many psychiatrists are diagnosing people with conditions
such as psychosis and schizophrenia.
Just because someone has told them that someone has attached them with electromagnetic device.

They do not believe them  people they get diagnosed wrong and put onto antipsychotic medications this highly wrong and needs to be stopped immediately!

I hear of too many cases of where people have reported cases of electromagnetic torture to the authority's and then have to go for a mental health test in my opinion so they can get away with incompetence.

I have heard cases of where people have ended up mental hospitals
because of this.

We should be able to trust psychiatrists and authorities and do the right thing and listen to individuals rather labelling and judging them.

i do think there needs to be an organisation created to help victims of targeted individuals to support them and to have the people of whom are doing these vile things to myself and other victims to put them to a permanent stop!

removed immediately and if they are on-line they should be removed and banned!

scan to prove what has been done to our minds.

me one of them thought i had psychosis as in general terms.

causing me to have psychosis in fact one website on change.org lists

the side effects from these devices.

They still did not believe me and they wanted to take me to a psychiatric hospital i said i disagree with you're theories and refused to me admitted!

We need to stop the nasty these nasty people whom are spying and mind controlling and use of psycotronic weapons on our everyday lives!

which unfortunately like myself and many others in world have been forced out our homes to save our lives.

I live in canterbury kent uk.

I am suffering abuse from my neighbours 2 brothers of whom are using an electromagnetic wave mind control device.

they are also using a mind reading app i have done research on-line i have found the one they are using a it comes with a source code which one of the brothers is using i have reported it to the police but they do not believe me as cases like this are so highly rare.

One of the brothers said get out or die through to my mind through the mind control device he was using a powerful electromagnetic device leg muscles tightened so strong i had to leave my property immediately.
i thought i was going to die.

I am a victim of a targeted individual:

I have tried to send an e-mail to these people but unfortunately
it doe's not work and the only form of contact is e-mail.

I am at risk of being homeless because of this situation

i have applied for jobs of where i can get accommodation provided.
but unfortunately there no guarantees.

if anyone you could please help me i would be most grateful.

Thanks everybody for you're support i need more support if anybody is out there from the united kingdom as victims from the uk seem to rare and more common in america.

Victims of mind control and electromagnetism have my deepest sympathy

fast severe cramp and the one of the brothers said get out or die!

from the house in order to survive.

they have to do an assessment they will think i am mad.

in electromagnetism and waiting to hear back from them.

myself is there something someone could recommend of where i could get temporary accommodation for free as of temp.

Unfortunately i am currently not working and struggling to get work.

If anyone has any ideas i would be most grateful.