0:00
/
8:10
Survivors of CIA torture are suing the contractor psychologists who designed one of the most infamous programs of the post-9/11 era. Salim, one of the three ex-detainees in the suit, is a Tanzanian fisherman who says flashbacks from his ordeal in CIA custody are a permanent part of his life.

Survivors of CIA torture have sued the contractor psychologists who designed one of the most infamous programs of the post-9/11 era. 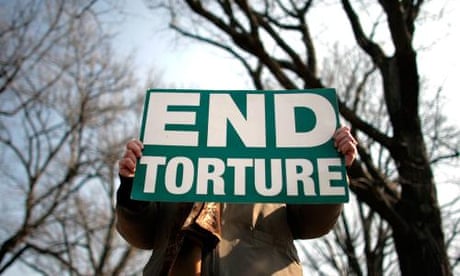 US torture report: psychologists should no longer aid military, gro...

In an extraordinary step, psychologists James Mitchell and Bruce Jessen now face a federal lawsuit for their role in convincing the CIA to subject terror suspects to mock drowning, painful bodily contortions, sleep and dietary deprivation and other methods long rejected by much of the world as torture.

On behalf of torture survivors Suleiman Abdullah Salim and Mohamed Ahmed Ben Soud, as well as a representative of the estate of Gul Rahman – who froze to death in a CIA black site in Afghanistan – the American Civil Liberties Union (ACLU) filed the suit against Mitchell and Jessen on Tuesday in a federal court in Washington state, where the two currently reside. They seek compensatory damages of at least $75,000.

Although numerous US government investigations have pierced the veneer of secrecy around the torture program, the program’s government architects have faced no legal reprisal. A Justice Department inquiry ended in 2012 without prosecutions. The new lawsuit, aimed not at government officials but the contractors Mitchell and Jessen, aims to break the trend.


“This case is about ensuring that the people behind the torture program are held accountable so history doesn’t repeat itself,” Steven Watt, one of the ACLU attorneys representing the three ex-detainees, told the Guardian.

“Impunity for torture sends the dangerous message to US and foreign officials that there will be no consequences for future abuses.

“This lawsuit is different from past ones because public government documents now provide exhaustive details on the CIA torture program, and they identify the people who were tortured and how it happened. The government has long abused the ‘state secrets’ privilege to prevent accountability for torture but at this stage, any claim that the torture of our clients is a state secret would be absurd.”

One of the litigants reacted to his torture by attempting to kill himself. Another was kept naked for “more than a month”, the suit alleges, and was subjected to “a form of waterboarding”.

Salim, a Tanzanian fisherman, said in a video published by the Guardian that flashbacks from his ordeal in CIA custody are a permanent part of his life. After five years in CIA and then US military custody, Salim’s captors released him unceremoniously from Bagram in August 2008, presenting him with a memo stating that the US determined him not to pose a threat to the US.

“You can’t sleep, you can’t eat, you can’t smell,” said Salim, who says his CIA captors chained his arms and legs to a metal hoop in his cell that forced him into a squatting position so uncomfortable it prevented him from sleeping. Like other detainees, Salim was doused in ice-cold water and then wrapped in a freezing plastic sheet. According to the lawsuit, Salim hid painkillers he was given in order to hoard a dose strong enough for an ultimately unsuccessful suicide attempt.

“Flashbacks come anytime, so much they make you crazy,” Salim said in the video.


Flashbacks come anytime, so much they make you crazy


Ben Soud, who now lives in his native Libya, was taken to a CIA black site in Afghanistan, and for extended periods permitted “sleep only for minutes at a time because of painful stress positions, constant blaring music, and guards banging loudly on the door of his cell every hour or so”, the suit claims. Guards paraded him naked around the black site for “15 minutes every half hour through the night and into the morning”, according to the Senate report.

Although the CIA only acknowledges waterboarding three detainees – Abu Zubaydah, Khalid Shaikh Mohammed and Abdul al-Rahim al-Nashiri – the lawsuit claims the agency subjected Ben Soud to a “form of waterboarding”.

“He was strapped to a wooden board that could spin around 360 degrees,” the suit claims.

“His interrogators spun him around on this board with a hood over his head covering his nose and mouth. While strapped to the board with his head lower than his feet, his interrogators poured buckets of cold water him. While they did not pour water directly over his mouth and nose, they threatened to do so if he didn’t cooperate.”

Ben Soud was also treated with the same frigid-water dousing and plastic-sheet coating that Salim received, only Ben Soud reported the freezing water being treated with a gel-like substance, causing it to stick to his body.

Famously, Jessen and Mitchell, former instructors in the military’s Survival Evasion Resistance Escape (SERE) program to counter torture, revised torture techniques from the SERE training and proposed to use them on CIA detainees.

They faced their first test case in the spring of 2002, after the CIA captured Abu Zubaydah, then thought to be a senior member of al-Qaida, and took him to Thailand. Although Zubaydah spoke openly with his FBI interrogators who sought to establish a rapport with him, Mitchell cabled the CIA’s Counterrorism Center “nearly every day” for permission to torture him.

CIA personnel, with Mitchell overseeing, waterboarded Zubaydah 83 times in the span of a month. Eventually, according to the Senate intelligence committee’s report – which gives Mitchell and Jessen the pseudonyms Grayson Swigert and Hammond Dunbar – Zubaydah would submit to torture after hearing his captors snap their fingers twice. They forced him into “confinement boxes”, one the size of a coffin and the other just two and a half feet square and 21 inches deep.

Now missing an eye, Zubaydah is still detained at Guantánamo Bay, although the CIA no longer believes he is a member of al-Qaida. The Senate intelligence committee concluded the torture techniques did not produce any useful intelligence; the CIA’s official position as of 2014 is that the question is unanswerable. But the 2002 test case convinced the CIA, supported by the Bush White House, of the value of torture.

The torture of Abu Zubaydah, who is not a party to the lawsuit, began weeks before the US Justice Department provided its August 2002 legal blessing, since withdrawn, to the CIA torture program. An adviser to Condoleezza Rice would later inform the Bush-era secretary of state that use of the techniques Mitchell and Jessen implemented amounted to a “felony war crime”. 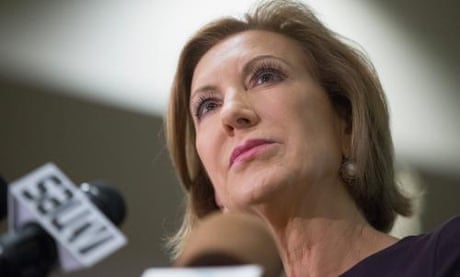 Carly Fiorina endorses waterboarding 'to get information that was n...

A Spokane-based company the two founded, Mitchell and Jessen Associates, would secure $75m from the CIA in contracts, in addition to a further $6.1m from the agency for legal expenses in the event of criminal or civil action stemming from the contract. Although Barack Obama banned CIA torture by executive order on the second day of his presidency, the CIA continued to cover the company’s legal bills until 2012. Mitchell and Jessen themselves each received more than $1m from their contracts.

The suit does not claim that Mitchell and Jessen were present during the torture of Salim, Ben Soud and Rahman. But it derives their culpability through the application of the torture techniques – prolonged sleep deprivation, nudity, “stress positions”, cramped confinement – that the two psychologists provided to the CIA, which implemented the techniques.

“Defendants are directly liable,” the suit charges, “because they designed, developed, and implemented a program for the CIA intended to inflict physical and mental pain and suffering on Plaintiffs, and because Plaintiffs were tortured and subjected to cruel, inhuman, and degrading treatment as a consequence of their inclusion in that program.”

Stephen O' Neill commented on Cat's blog post Direct energy weapons discussed by Matt Bracken while on infowars
"Yes I used to watch Alex Jones all the time on youtube before he got kicked off, I miss his shows, I must try and tune in to his website infowars.com to catch up with him. Yes I get jerked awake too, especially when trying to fall asleep. They also…"
1 hour ago

Cat commented on Cat's blog post Direct energy weapons discussed by Matt Bracken while on infowars
"Yeah Stephen it is not a good link.  Sorry.  You might want to check out  https://www.infowars.com/ This show is on for 4 hours everyday week day from 11am to 3pm USA Central time.  He has great info and has inside information…"
13 hours ago