I have been studying thought processes and how they lend themselves to communication. Being that we all have such different experiences,  and the way that we process those experiences is also different,  we come up with different conclusions. How we view our differences can expose our motive. ...but motuve us another discussion altogether.

Herd is an article discussing the difference between linear and non linear thinking. It is deep, but its worth the read! 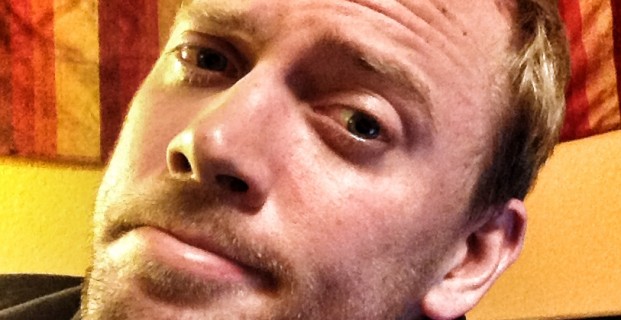 Wondering why communication is so hard? Or how two, intelligent, educated people can come to such different conclusions on any given topic? I suggest it’s because we don’t all use the same processes to think. Dive in and comment below – there’s a great debate and we want your opinion!

I was tasked at work to blog on the difference between Linear and Non-Linear thinking, and how it relates to business. Not being an expert in the subject (but not feeling limited in expressing my opinion either) I dove in. Please feel free to comment – I love hearing your opinion.

Some of us pride ourselves on being logical. We think through ideas with the efficiency of a well-oiled machine. We enjoy structured thought and evidence-based conclusions. I’m sure you know the type – we plan out every step of a process, follow the Gantt chart to the “t”, and ensure results within schedules and deadlines.

Others of us pride ourselves on being creative. We rejoice in the big ideas, in the new discoveries, and in the satisfaction of creation. We are always coming up with new ways to solve problems, love the questions “what if?” and don’t mind jumping ahead in a conversation to tell you what we just thought of.

I suggest that these two characteristics of humans (logic and creativity) are often correlated with two different, but not disconnected types of thought processes: Linear and non-Linear thinking. Rather than argue that one is more important than the other, I suggest that they are both integral to success in business and, on the grander scale, life.

The Linearity of Logic

“Linear Thinking” is defined as:

a process of thought following known cycles or step-by-step progression where a response to a step must be elicited before another step is taken.

If a = b, and b = c, then a = c. The application of linear thinking can be found in the well knownSocratic Method:

Jan Helfeld (pronounced Iain), a rather infamous libertarian reporter, provides an amusing (or infuriating – depending on who’s side you’re on) application of the Socratic method to our political representatives. It’s all very logical, and for those who don’t build their policies or opinions on logic, it’s a game that raises tempers with captivating efficiency. After watching, I tend to wonder if any of our policy makers think through their political conclusions logically. Logic seems lost from our world, like an ancient language that’s spoken only by tribes of some distant jungle.

More important to this blog’s argument however, is that Jan’s use of the Socratic method is also extremely linear. As much as the person in the hot seat wants to jump around and evade, Jan forces them to answer one question before they move on to the next. The videos remind me of walking a puppy – when they want to walk every direction but the one you’re traveling. You rein them in every time before moving forward.

Though you may doubt it after watching Jan Helfeld’s videos, much of our world is indeed structured upon the concept of logic (very basic logic at least). We learn math, deductive reasoning, and tend to apply these logical processes to our everyday life. Our drive to do so comes from our inherent need, as cognitive humans, to categorize our experiences in our minds and make projections about what the outcome of an action will be. We compare our expectations with our experience, weigh the similarity, and adjust our thought processes as needed.

Linear thinkers are very much the same. They start at step one and usually do a good and efficient job of completing the task before moving on to step two. They are driven, focused, and don’t easily get off topic. Does this sound like you? Perhaps. Or maybe it sounds like the person in the office you have a tough time working with?

The Dangers of Logic

There’s a danger in relying too heavily on logic. The danger is in the determination of the starting point. Once a starting point is chosen, there are a limited number of logical conclusions to a problem. For example, imagine a store owner who believes that he must raise his revenues to increase his profits. He tries multiple methods including advertising, increasing inventory, and product bundling to make every possible sale to his customers. But he forgot that he could also reduce his costs to increase profits, and in doing so missed what could have been much less expensive, less demanding options.

This example is simplistic, but it underscores the point that for any logical process, there must be a decided-upon truth as a starting point. And the beauty of logic, is that it allows us to reach an answer from a given starting point. It’s easy, however, to rely upon starting points simply because they’re what we’ve used all our lives – starting points that either may be false, or that limit us from finding a much better answer.

Non-linear thinking, a relatively new term, is vague enough (perhaps naturally so) that a simple google search will yield more beatings-around-the-bushes than formal definitions for the phrase. I think of it as follows:

Human thought characterized by expansion in multiple directions, rather than in one direction, and based on the concept that there are multiple starting points from which one can apply logic to a problem.

Non-linear thinking is less constrictive – letting the creative side of you run rampant because of its inherent lack of structure. It’s kind of like letting a puppy run wild on a walk up a mountain – anything of interest will be thoroughly investigated (and perhaps peed on) before jumping to the next, possibly non-related subject! It’s very much like brainstorming – allowing thought to flow, unhindered, in attempts to arrive upon something special in the process.

Non-linear thought increases possible outcomes by not being so certain about the starting point for any logic process. Non-linear thinkers tend to jump forward, and from side to side through the steps of a project, in an effort to see the big picture and tackle those areas where they have the most interest. Where non-linear thinking falters is in finally carrying out the required action, because as a thought process it often encourages a user to agonize incessantly over where to start (that agreed upon truth, from which logic can be applied and action can be taken).

A new form of digital presentation created by the folks at Prezi.com is a great example of non-linear and linear thinking in action. Why? Because rather than a linear slide show, it’s ultimately a picture, into which you can zoom in and out, infinitely. It allows you to present a product, concept, or argument in a logically by moving from location to location what is essentially group of images, but at any point you can zoom out and suddenly, “See the big picture” takes on a whole new meaning – Check it out!

Again, as in my introduction, I stress the importance of both processes. And what I mean by this is maybe it’s important to have both types of thinkers on a team. Use non-linear thought to reexamine starting points and increase the possibility of finding the best option, and use linear thinkers and their efficient logic-based reasoning, once a starting point has been established, to get the job done in a timely manner. Whatever mixture of these two processes you prefer, take responsibility for your choices and learn from your mistakes, and I’ll bet on your success.