As the controversy surrounding the DSM-5 continues to grow, it is perhaps timely to remind readers of a famous critic of psychiatry, Thomas Szasz, who was himself a psychiatrist and probably best known for coining the term the “myth of mental illness”. He passed away earlier this year, and I am just finishing one of his final books, Psychiatry: The Science of Lies (2008), where he reiterates his basic position, with special attention to Freud as a charlatan who colluded with his patients to turn nondiseases into diseases of the unconscious. (See here for some famous Thomas Szasz quotes). 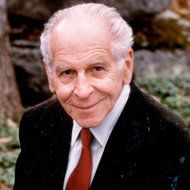 I believe everyone with an interest in mental health should at least be aware of the Szaszian critique of the mental health industry, which is as follows. First, medicine is a real science that deals with biological phenomena, especially cellular pathology. At its core, the role of medicine is the treatment of cellular/physiological pathology that leads to harm. According to Szasz, this is what makes medicine a real science with social value. Neurology is a real medical discipline, and there are, obviously, diseases of the nervous system that have consequences for behavior (e.g., Alzheimer’s, tumors, epilepsy, etc.).

Now take a look at the DSM and one will immediately note that the DSM is not based at all on cellular pathology. Diagnostic categories are instead based on overt behaviors, reports of internal experiences, and cognitive deficiencies. For many of the conditions, organic explanations are to be RULED OUT in order for a DSM diagnosis to be given.

If it is not about cellular pathology, what, then, is the field of “mental health and disease” really about? Sadness, anxiety, deviant, unusual or disruptive behavior patterns, secondary gain and absolution of responsibility via the sick role, fallacious thinking, and having low power, among other elements. In a nutshell, it is about suffering and, perhaps more importantly, being insufferable. Crucial for Szasz is that the attribution of disease then legitimizes in psychiatrists and other mental health professionals the power of social control. By labeling others as “sick”, we can lock them away, force drugs upon them, and separate them from “normal” people like us because there is something fundamentally wrong with them. And we can justify it all in the name of science. But really it is about social control. The mental health industry manufactures illnesses to legitimize and feed itself and it serves those in power via social control of deviants. Szasz has famously called its practitioners secular priests.

But, according to Szasz, the science of mental sickness is all metaphor and the emperor has no clothes. Some people ought to be suffering, given their lives. Others convince themselves that they ought to be suffering, but that doesn’t mean they have a disease, any more than those who convince themselves they ought to be happy have a disease. Yes, some people have strange beliefs. But think of it this way. If you believe that aliens are watching over you and that they will punish you if you do the wrong thing, we call you delusional. But if you believe it is a large man with a beard watching over you who will punish you if you sin, we call you normal. 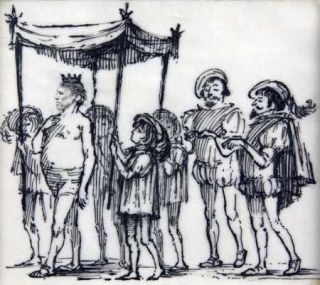 For me, Szasz’s approach has holes and the issues are complicated. I have my own take on the nature of mental disorders (see here). I would point out, for example, that virtually anyone who spends time around a disorganized schizophrenic in an acute psychotic state will have a very strong sense that there is something deeply wrong with the individual that is not explicable in terms of psychological or social forces. Nevertheless, I think every professional in mental health in general and psychiatry in particular, should take the time every so often and look at their roles, their actions, and their explanations via a Szaszian lens. And while the Emperor might not be completely naked, it seems to me he is often down to his skivvies.

Jason Born commented on Jason Born's blog post Does anyone want to talk about what is happening to us?
"that sounds completely posible, I'm really puzzled about who could they be, they could technically be anyone, since you would only need the tools necesary, I live in a poor country that some times doesn't even cover the basic needs of…"
48 minutes ago

Dear people,This is shocking!I having trouble seeing in general.The perp manipulates my eyes.I have a boyfriend he's bald.I have seen 4 different versions of him all bald of course.One is young and my hight.One is tall and has long legs and a big belly.One looked like he haf a valcan nose and dark rings around his eyes.I kept looking at him, he ate a lot.He the male perp changes stuff in my eyes. I have seen my boyfriend changes from a avarag face into a wide face that must have been the…See More
9 hours ago
0 Comments 0 Likes