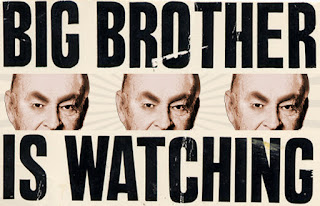 In his book Between Two Ages: America’s Role in the Technetronic Era originally published in 1970, he laid out what our future ruled by technocratic elites in a scientific dictatorship would look like.

And he was spot on.

Another threat, less overt but no less basic, confronts liberal democracy. More directly linked to the impact of technology, it involves the gradual appearance of a more controlled and directed society. Such a society would be dominated by an elite whose claim to political power would rest on allegedly superior scientific know-how.

Unhindered by the restraints of traditional liberal values, this elite would not hesitate to achieve its political ends by using the latest modern techniques for influencing public behavior and keeping society under close surveillance and control. Under such circumstances, the scientific and technological momentum of the country would not be reversed but would actually feed on the situation it exploits.

Just think about where we are now.

As Truthstream previously reported, former managing director of the board of directors of Wall Street investment firm Dillon, Read &amp..., as well as former Assistant Secretary of Housing and Federal Housing Commissioner in the Dept. of H.U.D. during the Bush 41 administration, Catherine Austin Fitts relayed a chilling conversation she overheard circa 1984 while working on Wall Street, where executives discussed how brainwave entrainment technology was about to be deployed through the television waves.

Fitts said she was so frightened by hearing a conversation she was never authorized to hear, that she threw out her TV for good. She further warns that the television is not the only media device that uses these techniques – and by now, surely more advanced techniques – to persuade consumers, quell opposition and encourage the status quo. Other media devices are also “compromised,” Fitts says, so users should be aware of its affects on cell phones, radios, the Internet.

What do those advanced techniques look like today? This doesn’t even consider, say, extremely low frequency wave weapons whose study began under the CIA’s project MKUltra and have no doubt transcended into something nightmarish in modern times. This is before we get to issue of targeted individuals or whether or not we are literally living in the movie They Live.

On the other hand, the National Security Administration and other government agencies use every form of new technology the public finds out about (fake cell phone towers, stingray devices, etc.) to database and spy on the American people wholesale. And that’s just what we find out about, not including the trillions that have undoubtedly been spent on black budget projects. Our 4th Amendment is nearly non-existent, which is why last year Bilderberg 2014 rhetorically asked “Does privacy exist?” It’s a foregone conclusion.

When a new technology does come out that could really benefit mankind and possibly shift the entire structure of society to a freer one, affording more liberty to the people stumbling around in it… The kinds of hypothetical energy ideas Tesla was working towards perhaps or the types of frequency cures Wilhelm Reich was jailed and possibly killed over or Royal Raymond Rife was chased out of the country for… Those technologies are squashed under the smothering safety blanket of “National Security”.

Ever heard of the Invention Secrecy Act? Our government has classified thousands of patents this way and threatened the inventors that if they even so much as talk about their inventions, they could be tossed in federal prison for decades. On top of that is the Sensitive Application Warning System (SAWS), which delays a patent’s approval process under the same guise for however long the government feels like it, basically. CE reported, “One great example (out of many) of delayed patent applications comes from Dr. Gerald F. Ross. He filed a patent application for a new invention he had devised to defeat the jamming of electromagnetic transmissions at specified frequencies. It was not until June 17, 2014 (almost 37 years later) that this patent was granted.”

While many inventions can relate to military applications, there are a lot of things that could be used for so much more than that. Federation of American Scientists Project Director on Government Secrecy Steven Aftergood notes that a FOIA request to retrieve the list of technology that patents are currently screened and silenced under has been denied. However, “the 1971 list indicates that patents for solar photovoltaic generators were subject to review and possible restriction if the photovoltaics were more than 20% efficient.  Energy conversion systems were likewise subject to review and possible restriction if they offered conversion efficiencies ‘in excess of 70-80%'”.

So making energy more efficient is classified as “detrimental” to national security, huh?

See how that works?

Simply put, the system hoards all the “good science” for itself, and then usually silences it to keep things status quo or uses it for military applications. Technology starts out neutral, but whatever they get, rest assured they’ll always apply it to the potential of weapons of war first before even considering the possibility of advancing humanity.

It’s the second decade of the 21st century and we’re just now getting to a place where solar panels are a well-known and used technology. Go ahead and consider why that is.

Persisting social crisis, the emergence of a charismatic personality, and the exploitation of mass media to obtain public confidence would be the steppingstones in the piecemeal transformation of the United States into a highly controlled society. In different ways, both the doctrinarian and the conservative might find the temptations inherent in the new techniques of social control too difficult to resist. The inclination of the doctrinaire left to legitimize means by ends could lead them to justify more social control on the ground that it serves progress. The conservatives, preoccupied with public order and fascinated by modern gadgetry, would be tempted to use the new techniques as a response to unrest, since they would fail to recognize that social control is not the only way to deal with rapid social change. [emphasis added]

Stop me when any of this sounds a little too familiar…

(Full text of this book in PDF format can be found for free in the Internet archives here.)

The very word “secrecy” is repugnant in a free and open society; and we are as a people inherently and historically opposed to secret societies, to secret oaths and to secret proceedings. We decided long ago that the dangers of excessive and unwarranted concealment of pertinent facts far outweighed the dangers which are cited to justify it. Even today, there is little value in opposing the threat of a closed society by imitating its arbitrary restrictions. Even today, there is little value in insuring the survival of our nation if our traditions do not survive with it. And there is very grave danger that an announced need for increased security will be seized upon by those anxious to expand its meaning to the very limits of official censorship and concealment. That I do not intend to permit to the extent that it is in my control.

Melissa Dykes (formerly Melton) is a co-founder of TruthstreamMedia.com, where this first appeared. She is an experienced researcher, graphic artist and investigative journalist with a passion for liberty and a dedication to truth. Her aim is to expose the New World Order for what it is — a prison for the human soul from which we must break free.

This article may be re-posted in full with attribution.