0
Coming face-to-face with an avatar on screen may help schizophrenics cope with their hallucinations, a study found. Patients confronting avatars turned out to be less distressed and heard voices less frequently.

According to the research by King’s College London (KCL), the new treatment for schizophrenic hallucinations could be twice as effective as counseling. The study, published in the Lancelot Psychiatry Journal, tested 150 patients. Of these, 75 who had been hearing voices for more than a year were given six sessions of avatar therapy, while another 75 got straightforward counseling. 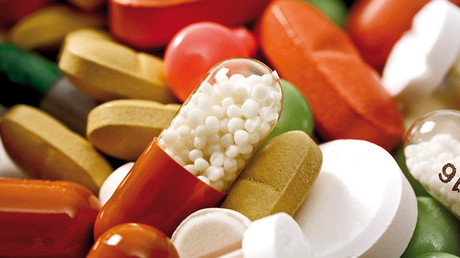 Avatar therapy entails that patients give an estimation of what the voice haunting them might look and sound like, so that it can be simulated. The patients will then have the means of controlling it.

“After 12 weeks there was dramatic improvement compared to the other therapy. With a talking head, patients are learning to confront and get replies from it,” study author Professor Tom Craig told the BBC. “This shifts the idea that the voice is all-controlling.”

Seven people from the avatar therapy group and two from the counseling one said their hallucinations had completely disappeared after 12 weeks. The two groups showed the same level of improvement after 24 weeks.

During the sessions, patients were told to enter a personal dialogue with the avatar, and to say things along the lines of “I’m not going to listen to you anymore.”

Professor Stephen Lawrie, head of psychiatry at the University of Edinburgh, recognized the impressive results of the research, but claimed it requires more investigation.

“Further study is required to replicate these results, establish the role of such treatment versus others such as CBT [cognitive behavioral therapy], and clarify who might benefit most," the BBC reported.

Sir Robin Murray, professor of psychiatric research at King’s College London’s Institute of Psychiatry, said that if they could be reproduced, the findings “will add an important new approach to care” and “make us rethink the way we conceptualize auditory hallucinations," according to the BBC.