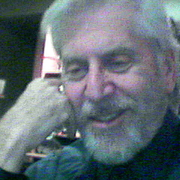 Book “Twelve Years in the Grave - Mind Control with Electromagnetic Spectrums, the Invisible Modern Concentration Camp”, authored by Soleilmavis Liu, provides the sound facts and evidence about the secret abuse and torture with remote voice-to-skull and electromagnetic mind control technologies.

The Fact and evidence

Soleilmavis was controlled by remote Voice to Skull technologies and Mind Control technologies, and she was brought inside US Embassy in Hong Kong

Some lawsuits filed by Soleilmavis

Some News articles about Soleilmavis

I have collected many victims stories and wish everyone could remember their sufferings.

The first, “Twelve Years in the Grave - Mind Control with Electromagnetic Spectrums, the Invisible Modern Concentration Camp,” provides the evidence of secret abuse and torture with voice-to-skull and remote electromagnetic technologies.

The second, “The Struggles of an Ordinary Man - The Turbulent History of China Through a Farmer’s Eyes from 1900 to 2000,” is the true record of one hundred years of modern history in rural areas of the Eastern Shandong Peninsula from the 1900 to 2000.

Other Scholarly Papers Presented and Published by Soleilmavis.

Fight, you are not alone. Fight, we are together. Please send, not only for myself.

of 3 Next
This reply was deleted.