I am being targeted by directed energy weapons and a wide variety of other still classified weapons while I am in the privacy of my own home and this is occurring against my will and without my permission.
Today I felt surges of energy surging through my head and I asked the criminal operatives who communicate with me via voice to skull technology directly into my brain what they were doing and why. One of the criminal operatives replied as follows. "We are adhereing our technology to your brain stem in order that we in future have direct access to your spinal cord and in so doing also have direct access to your entire physicaly bodily system so that we can entirely contol it of our own volition while denying you any and all access to your own physicality for the entirety of your remainder on earth. If you follow our direction now we will not allow our team to conquer control of your entire body control system. If you continue to operate under your own direction we will go ahead with the plan. I then asked the criminal operatives what aspect of my life they had a complaint with. The criminal operative who I was informed via the system had the most false authority within said control system replied as follows " we have found no reason whatsoever to complain about any aspect of your life so far. However if at any future time we do find a way to lodge a complaint about any aspect of your life whatsoever we will then hesitate to adhere our technology to your brain stem where you would be externally physically controlled from that day forward."

Why do some members of the human race feel they have the legal right to externally control the privately owned physical bodies of their own equal members of this earth by wireless means and thereby deny those targeted individuals the legal right to enjoy the free will of operating their own privately owned physical bodies which they rightfully believe is their birth right to do so and who exactly are those members of the human race who feel they have the right to carry out this act and where is their current permanent legal location or locations?

I'm currently in Tirana, the capital city of Albania. I met Petrit Demo, who had the ultrasound scan to taking out many objects from his bodies. I saw some of his surgical scars including the ones behind his ears.

On this Monday, I went to the hospital with Petrit and he helped me to talk with the doctor who was working at the ultrasound machine. I paid about 45€ and had 4 body areas scanned. 3 places he found very tiny objects about .10cm to .23cm. These areas are the side of my face between the right eye to the right earlobe, the back of my left leg under the knee, chin, and the back near the right waist (negative)

These are the sample pictures of the ultrasound results. 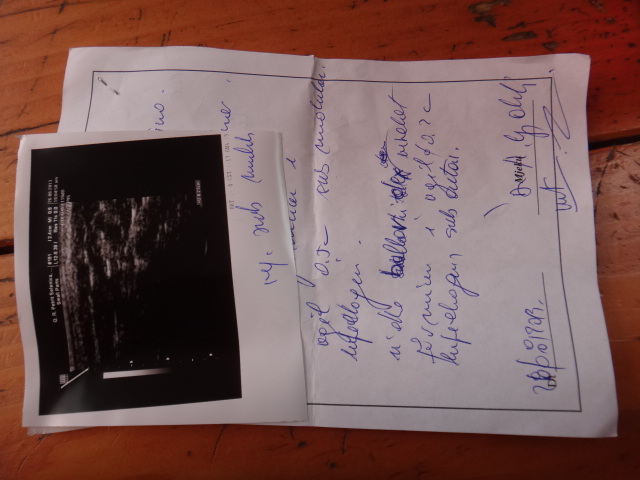 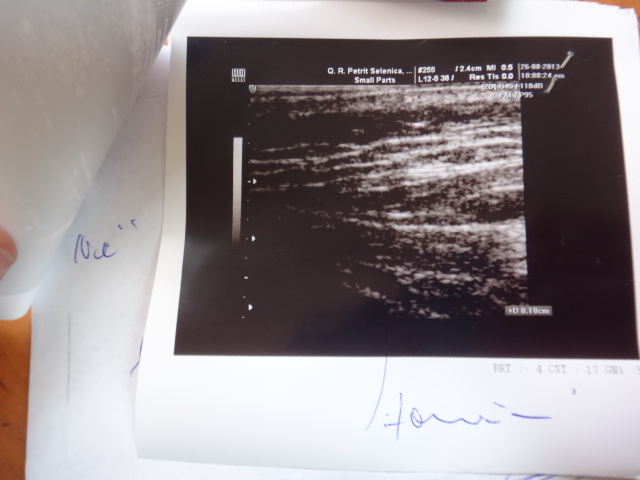 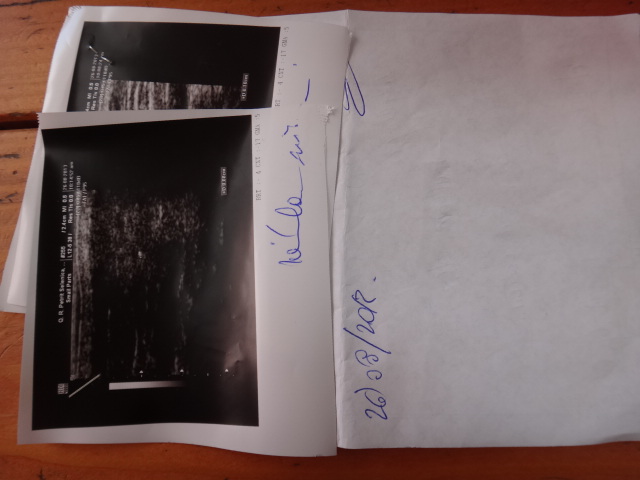 On Thursday, I went to see the doctor again to check my left leg. I forgot to try the front side which has a scar and a small bump. I don't know when I got the bump, but the scar was there when I woke up in a morning. It was in 2006 and I was still living in San Jose and attending SJSU. It happened during spring semester to the summer break. One night, I slept well after drinking wine for the nightcap and got a good sleep. I saw the scar was there and it was quite deep. Despite of it's size, there was no blood on the bed sheet. I only saw some blood left on the edge of the bed frame a bit. That was on the edge of the foot of the bed frame. I wanted to do the x-ray, but the doctor told me to visit another place. I ended up in the general surgery section. I found a female doctor who speaks English very well. She suggested me to take the x-ray and the result showed that there are three foreign objects shown in the x-ray picture. The first one is the bump on the front and the last two are in the back of my foot. I think one of them is detected with the ultrasonic device.  Here is my leg pic and the x-ray one. I sometimes get the pushing sensation on the back of my left leg for the electronic harassment effect. It's not a pain but just to make me uncomfortable when I'm walking or standing. 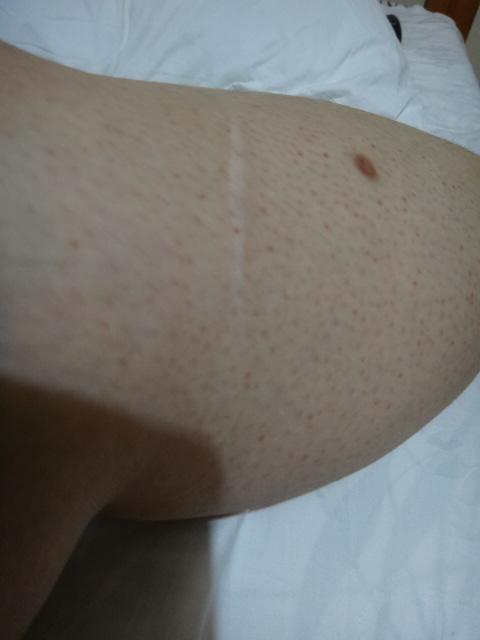 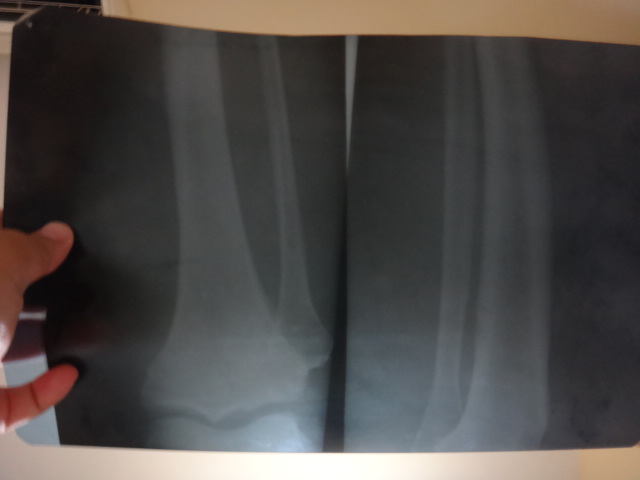 I'm planning to get RF scanner examination of my body in next month with a help of a TI in Belgium.