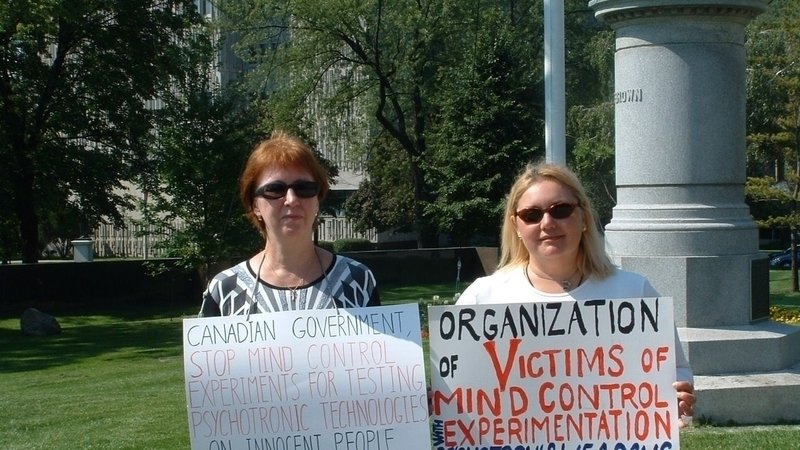 Galina Kurdina started this petition to Member of Congress Dennis J. Kucinich and 8 others

1. There are individuals in this country, victims of Psychotronic (or Mind Control, Electronic, Electromagnetic, Directed Energy, Neurological, Non-lethal) Weapons, who are being targeted unjustly or used as human subjects in experiments without their informed consent. Victims of mind/body control detail the most extreme and totalitarian violations of human rights in human history. Criminals may implant people with microchips or nanomaterials and place them under continuous surveillance. They monitor the human brain, continuously alter consciousness and behavior, directly assault and torture mind and bodies of the human subjects.
These are some of the symptoms that targeted individuals may experience:
a). Microwave hearing, torture with loud noise.
b). Visual hallucinations, artificial dreams.
c). Reading thoughts, retrieving memories.
d). Manipulation of thoughts, will, emotions, desires and perceptions.
e). Manipulation of human behavior: forced speech, involuntary body movements, transmission of specific commands into the subconscious, compulsory execution of these commands (i.e. the Manchurian Candidate effect).
f). Debilitation of mental acuity, loss of memory.
g). Sleep deprivation or uncontrollable sleep
h). Cramps, spasms, excruciating artificial pain in any part of the body, manipulation of body systems, including heart attacks and other serious medical conditions.
2. Some victims are subject to harassment and organized stalking in their communities, some victims receive false psychiatric diagnosis and in addition become victims of the systems, from which they are seeking help (medical institutions and law enforcement).
3. The misuse of such brain and body manipulation technology directly undermines the Constitution and Criminal law of the United States.
THEREFORE, your petitioners request that the Government would appoint an investigation in the United States to get to the bottom of these gross violations of human rights based upon the evidence collected by victims for many years. Goals of the investigation should include:
1).  End of misuse of the mind control technologies
2). Compensation of involuntary human subjects for their damages
3). Immediate access to countermeasure protections and removal of any materials, implanted in involuntary  human subjects, such as microchips or nanomaterials, that send signals to their mind and bodies
4). People responsible should be exposed and brought to justice for these unspeakable crimes against humanity.

Jason Born commented on Jason Born's blog post Does anyone want to talk about what is happening to us?
"that sounds completely posible, I'm really puzzled about who could they be, they could technically be anyone, since you would only need the tools necesary, I live in a poor country that some times doesn't even cover the basic needs of…"
1 hour ago

Dear people,This is shocking!I having trouble seeing in general.The perp manipulates my eyes.I have a boyfriend he's bald.I have seen 4 different versions of him all bald of course.One is young and my hight.One is tall and has long legs and a big belly.One looked like he haf a valcan nose and dark rings around his eyes.I kept looking at him, he ate a lot.He the male perp changes stuff in my eyes. I have seen my boyfriend changes from a avarag face into a wide face that must have been the…See More
10 hours ago
0 Comments 0 Likes